By Admin Posted on April 18, 2018 Leave a Comment on FASHION REDEFINED BY Adebayo Oke-Lawal

The term menswear is usually synonymous with clothes made to elicit normative ideas of masculinity. Starched 3-piece suits are meant to denote respectability and seriousness and rugged or worn denim is used to promote the industrious nature of men. But for Adebayo Oke-Lawal, the creative director behind the cult brand Orange Culture, menswear should be a more welcoming term – one that makes room for the romance of organza and the luxury of silk.

“I’m not a suit wearer, so when I decided to create a brand, I wanted to make something that was holistically me,” said the designer.

“I wanted to create something that represented my uniqueness and individuality as a person, and I hope the brand reflects that.”

Orange Culture’s ability to transcend the rigidity of traditional menswear has made it a favorite here in Nigeria and outside the country. With almost 60,000 followers on Instagram alone, Oke-Lawal has been able to use the platform as an interactive moodboard of what the brand represents and in turn has attracted a growing number of men (and women) who embody the quintessential essence of the brand. Like many successful brands with a unique aesthetic, Orange Culture has joined the league of brands with identifiable patrons – writers, photographers, creatives, and other men who aren’t afraid to push boundaries personally and professionally are almost always patrons of Orange Culture.

“People that buy and wear Orange Culture are looking for more than just clothes. They want to feel something, they want to feel emotionally invested in what it is they’re buying,” said Oke-Lawal. 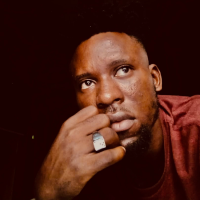 I write on casual outfits I love. It is not the colour that matters most times, what matters most is getting the right combinations! Tap "Read more" to browse the category.

Wearing the right Tees boost your confidence and notice. browse the "read more" for trendy tees

here we have the most trendy and comfortable designs in hoodwears. browse "Read More" for some cruise.....YAY!!!!!!

Hi guys, how is your weekend going? Just before Now i introduced Gyna on lewislife.com.ng with the release of his song https://audiomack.com/song/gyna007/shawty , http://www.beatdrop.com.ng/track?t=Shawty and NOW!!! Whistle by GYNA is out on audiomack as his first song in 2020. Link Read more…

A Gidi Experience E.P is a Lagos experience of TOSIN JONES GIDI, who has been in the music scene for over 6 years. He talks about his Lagos experience, that happens to be hustle, hopes, betrayal, gains, pains, love and more in one body.

A drawing Of superstar footballer “Lionel Messi” made by “crystal impression” artiste has hit the waves on social media. The impressive and Skillfull nature of the art has drawn a lot of social awareness and has caused a lot of Read more…